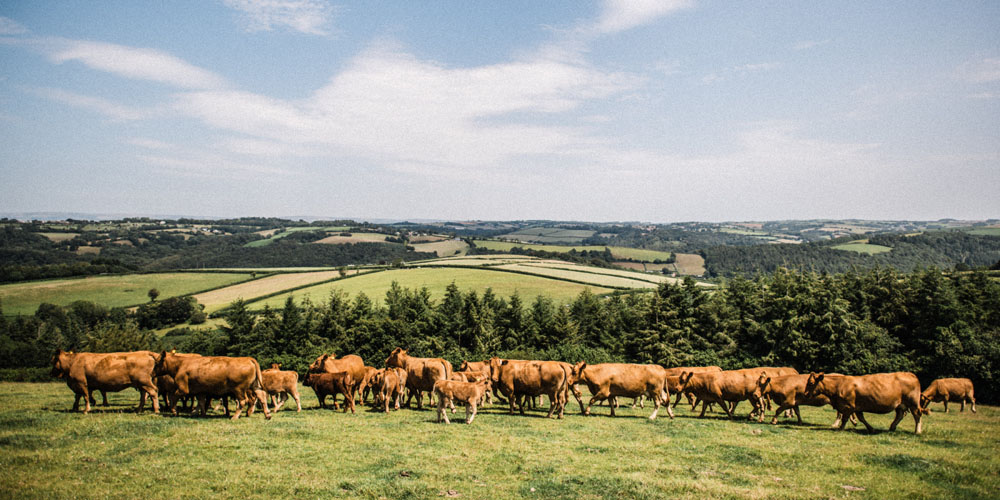 A time of celebration
Mid-June and the bunting has been taken down but the street parties and celebrations remain in our minds as a happy memory of communities coming together to mark a once in a lifetime occasion. The lighting of beacons linking communities across the country was an amazing spectacle and Tim and I had a small fire by our pond in the small wood where we had planted around 100 trees earlier this year, a mix of cherry, oak and hazel.

It was interesting to look back over the years and the many changes that have taken place in the Queen’s reign and we are heartened by her long-time commitment to the environment and by her choosing to mark the occasion with a national programme of tree planting.

We were moved by reminiscences of the Queen's words in 1989 that the future of all life on earth depends on how we behave towards one another, and how we treat the plants and the animals that share our world with us.  Recalling the Queen's 1989 Christmas message, in which she called on all nations to work together to protect the earth for our children and children's children, the Duke of Cambridge said: "It's my firm hope that my grandmother's words are as true in 70 years' time as they are tonight, that as nations we come together in common cause, because then there is always room for hope."  We hope so too.

One man went to mow...
June is when we start making silage for the winter months ahead. This year it has been ‘catchy'; watching the weather forecast for 2-3 days of fine weather and then being let down when the forecast changes last minute and the rain comes down on freshly mown grass and puts work back. The first cut has been frustrating like this but done now and in a few weeks we’ll be cutting the permanent pastures which grow more slowly and are therefore ready a bit later. 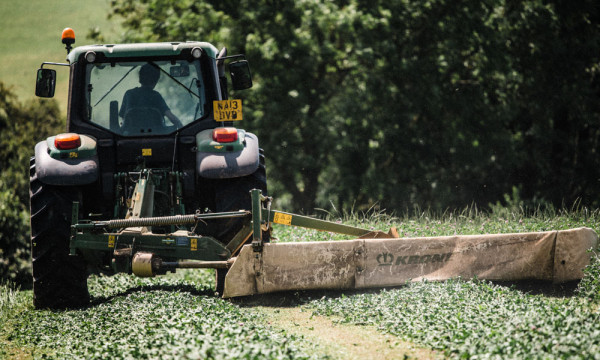 Shearing
When things need cutting, rain is not the farmer's friend - and it's not always just crops that are affected.  You can’t shear wet sheep, so frustratingly we have been waiting for dry weather to be able to gather in the ewes for shearing. A warm day is best when the ‘yoke’ is up (the oils in the wool) which makes it much easier to shear them as the fleeces are less dense and the clippers run through them more easily. 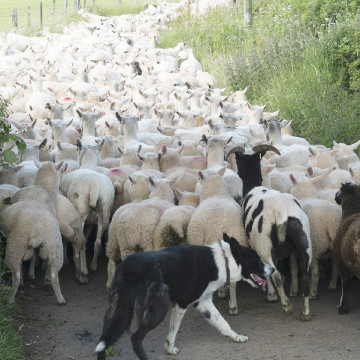 Cattle round up
Our two bulls go to work in June and this year we thought we’d put them in with the cows to mark the Jubilee - at least it will be a date we can remember in 9 months' time when we check the diary to see when the cows are due to calve. Tim keeps the farm diary so all the important stuff gets written in there - or at least it usually does!

Devon is the only county which can boast two native breeds of cattle - the South Devon and the Ruby Red (North) Devon and at Higher Hacknell we have a bull from each breed.

The South Devon is known for its gentle nature and produces wonderfully rich creamy milk which all goes to feed their calves - they are great mothers.  The Ruby Red is very hardy and in years gone by they would have been the breed that pulled the plough. The Ruby Red breed is smaller, so we choose the heifers which will calve for the first time to go with our Ruby Red bull, along with any cows which have had trouble calving in the past. The best cows that we want to breed from in the future are served by the South Devon bull, so that the cows in our herd remain pure pedigree South Devon. 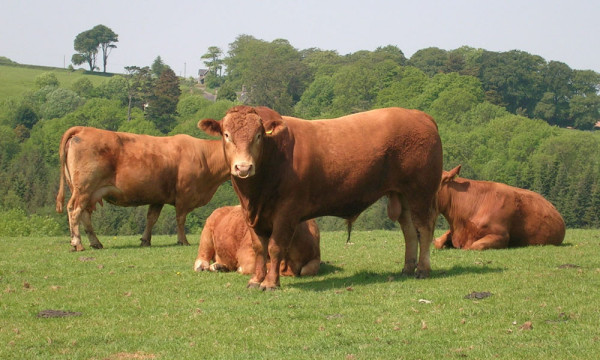 We have just bought a new young South Devon bull who is looking very keen which is good to see, but just as well we have the older and more experienced Ruby Red Devon bull as back-up as the young bulls sometimes don’t have the stamina and staying power to keep going for 6 weeks or so!

Previous article
Back to blog Back to blog
Newsletter All the latest news, offers and recipes from the farm